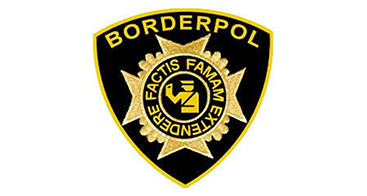 Securiport, a global leader in passenger biometric recognition, immigration processing, and intelligent information management and reporting systems, is delighted to announce that it was the Gold Sponsor for the 4th World BORDERPOL Congress in The Hague, Netherlands, on December 8th-10th. Securiport was on hand to interact with the attendees about its Integrated Immigration Control System and what they offer countries around the world.

Securiport’s Integrated Immigration Control System (IICS) is a comprehensive security product that consists of several subsystems, which, when combined, provide optimal security and control. Some of these subsystems include advanced biometric identification and control, intelligent data analysis, training, data security and tools to help identify persons of interest.

“Securiport’s IICS is an incredibly powerful tool that was conceived of, constructed, and continues to be managed by our growing and high-achieving innovative workforce at Securiport,” said Dr. Enrique Segura, President & Chief Executive Officer of Securiport. “We are incredibly excited to be a participant and sponsor at the World BORDERPOL Congress, and are honored to be recognized as a leader in the security and biometric industries.”

Through its sponsorship of BORDERPOL, Securiport aims to further its goal of helping governments improve the effectiveness of their border control management and security systems whilst maintaining cross border mobility.

The World BORDERPOL Congress is the only multi-jurisdictional transnational platform where the border protection, management and security industry policy-makers and practitioners convene annually to discuss the international challenges faced in protecting not only one’s own country’s borders, but those of neighbors and friends. It is a high level conference delivering discussions and debate on policies, implementation and technology that contributes towards successful border management and security.

Securiport was recently named the winner for the best biometric identification system for border security in the 2015 Homeland Security Awards specifically for their automated fingerprint identification system and the multi-modal biometric recognition system. As the terrorism and refugee crisis continue in Europe and Syria, Securiport is developing new and better systems to remain at the forefront of today’s most critical security demands.

Do you have questions about our advanced border security solutions or services?